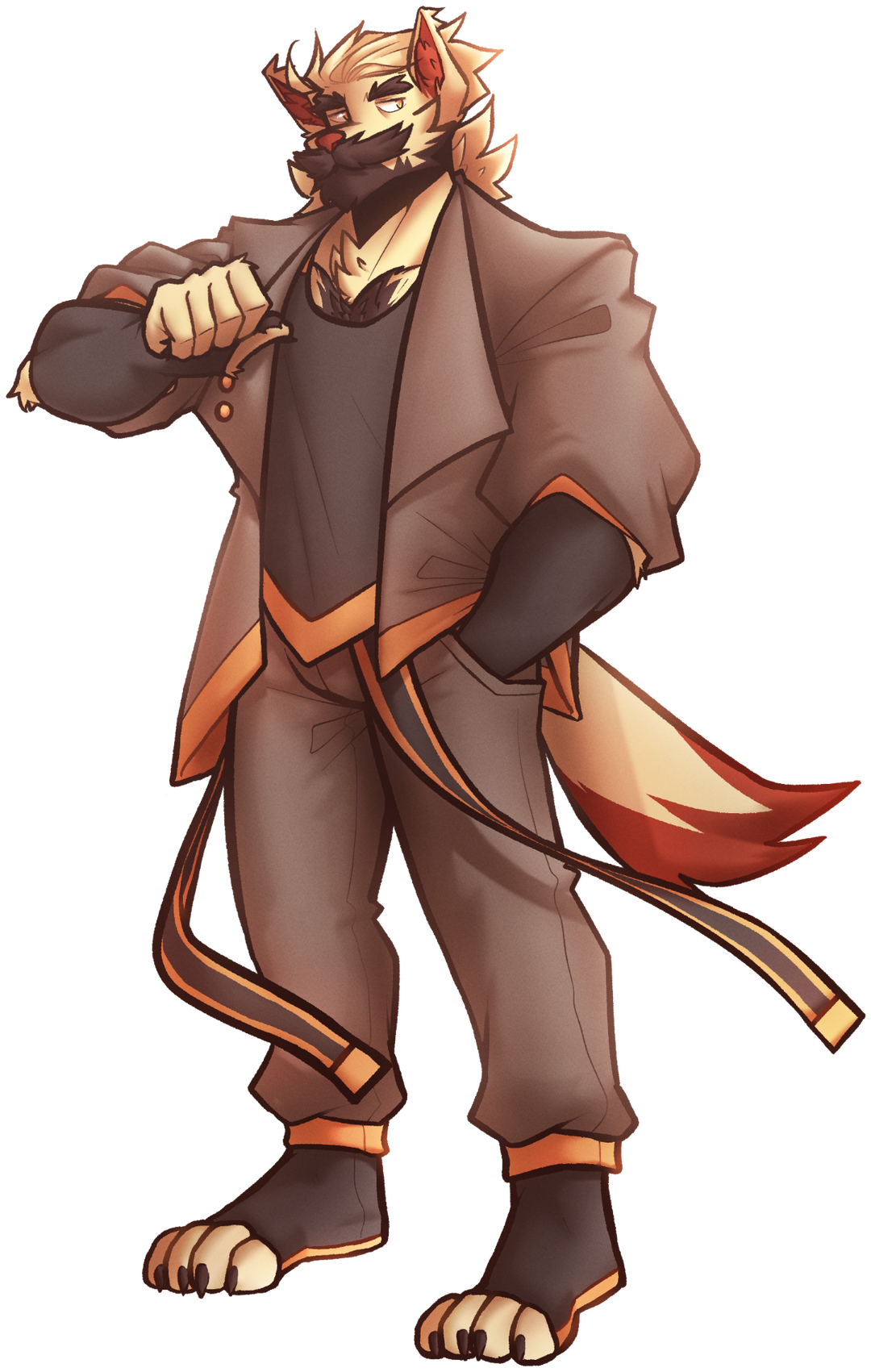 BIO:
Kiiro Hikuine is a 23 year old golden retriever/husky mix. His birthday is on November 30th 1998, making him a Sagittarius. He's usually seen as a cool "popular jock" type, what with his good looks and athletic ability being in the local rugby team, as well as his coldness and difficulty to trust people, but once you get to know him and he gets to know you, he's a sweet guy and kind of a dork, since he tends to act like a puppy from time to time. Most people give him weird looks for his behavior. He also has a power that allows him to control fire, which is called Pyrokinesis, which was indirectly passed down his family. His power was a genetic mutation from his father's Cryokinesis, which allowed him to control ice.APPEARANCE:
Kiiro is a 6'4" tall, muscular, Husky / Golden Retriever crossbreed. His fur is cream with red highlights on his tail, and he has a brown moustache, beard and chest hair. His nose and ear fur are also red. He wears special breathable fabrics tailored specifically to him so he doesn't overheat, thanks to Jasper and Mava.

These voicebanks will keep being updated as more seperate voicebanks release, creating a full all-in-one package for any genre.

Kiiro's JPN Voicebank is a combination of all his Japanese VCV voicebanks chronologically starting from SMOKE.

Kiiro's ESP Voicebank is a combination of all his Spanish CVVC voicebanks.

These are voicebanks made for different engines apart from UTAU. 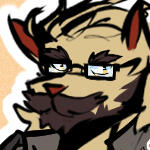 ・ Redistribute your own configuration settings & frequency tables.
・ Edit samples for quality's sake.
・ Spread a positive message with this voicebank.

・ Redistribute any of Kiiro's voicebanks.
・ Take credit for any part of this voicebank.
・ Pitch it up or down to create an alternative character / derivative (fanloid, pitchloid, etc).

・ Slightly alter his design for songs, covers or illustrations (change his clothes or hairstyle).
・ Use his voice exclusively to portray Hikuine Kiiro's character.
・ Make your own headcanons as long as they're not problematic or offensive.

・ Edit his design to make him another character.
・ Take credit for Kiiro as a character or coming up with any of his official designs.
・ Roleplay as Kiiro.
・ State your own headcanons as an official part of Kiiro's lore. (ship your character with him).

・ Proper fanart is allowed and greatly appreciated.
・ Use Kiiro's illustrations included with the voicebanks for your own covers and PVs.
・ Credit the right artist when you use any of Kiiro's official illustrations.

・ Always ask ryouichi for permission first.
・ Kiiro's merchandising may only represented in the form of : stickers, prints, charms, plushies, illustrations in zines or official compilation albums.
・ Profit off of Kiiro's character as long as you have ryouichi's permission.

You may use these for non-commercial projects, unless given approval.
Please credit 'ryouichi' as the artist.

You may use these for non-commercial projects, unless given approval.
Please credit 'ryouichi' as the artist.

You may use these for reference only.
Please credit 'ryouichi' as the artist.